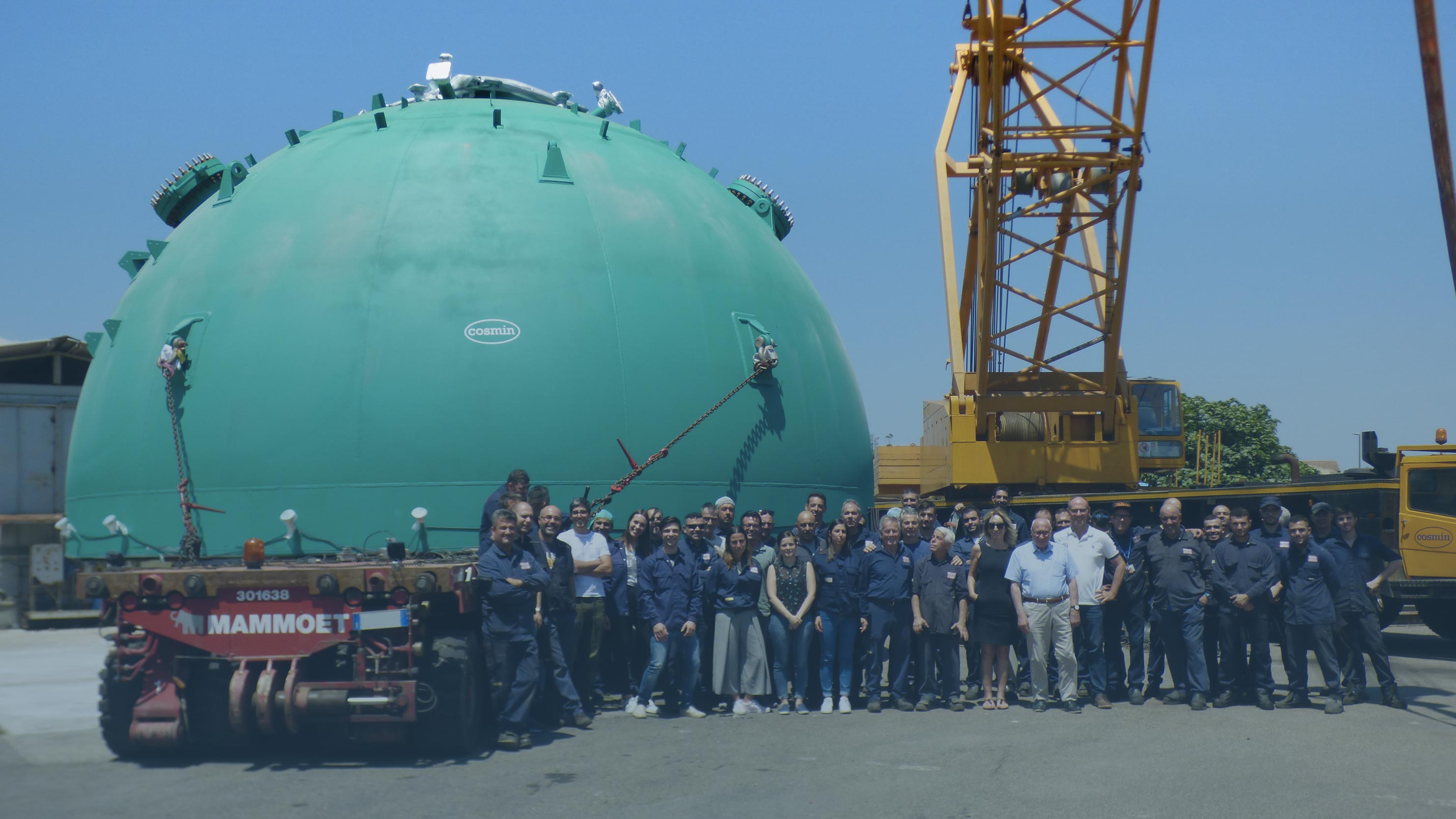 We have already reached the third generation of employees, passing to each other our knowledge and we want to go further!

With more than 50 years of experience, we are able to fulfill specific client’s requirements and to suggest innovative solutions, with the greatest level of quality and safety.

Since over 50 years, Cosmin operates in the national and international markets. This experience makes Cosmin professionally knowledgeable of its business.

Our main goal is our client’satisfaction. We want to fulfill their needs and to suggest them innovative solutions in order to reduce the operational/maintenance costs and the turnaround time of the plants.

Since more than 50 years, our clients appreciate our reliability and quality in our products/services, as well as our greatest attention to safety and respect for the environment.

In 1989 Cosmin, together with other smaller but specialized mechanical companies, created the CISA consortium with the aim to offer to their clients more workforce flexibility, a peculiar feature in our business especially required during big plants’ turnaround. Client’s satisfaction was immediately very high and the consortium reached 18 million Euros turnover in 2012, with over 250 employees and 60 high skilled technicians.

Currently the Consortium has 37 between engineers and skilled technicians and a workforce of 180 highly skilled workers.The consortium can offer EPC services in the Oil &Gas field, can supply pressure equipment and can erect, revamp and maintain complex industrial plants as well as provide specialist services such as high-pressure water cleaning, plant reclaiming and decommissioning.
Cisa consortium companies at present are:

CISA consortium can provide tailor made solutions concerning industrial plants’ erection and maintenance; our target is to reduce the installation/turnaround times employing the highest safety and quality practices. These solutions range from modular constructions to EPC contracts or simply to job coordination.

Cosmin throughout the world